I’m sure most of you are currently experiencing the  major heat wave that is hitting the Midwest right now.  It’s all over the news and this reporter from NBC was in a corn field in Illinois talking about corn sweat and flying his drone over the corn fields in an attempt to perhaps show us the corn sweat?  I don’t know, he looked like a J. Crew model and had no sweat on him and he made me angry.

The corn can sweat but not you?  Get off my TV.

I’ve even turned on my air conditioner, which if you know me at all is a big deal.  I don’t like being cold in the summer but I have three cats and they’re covered in fur and can’t walk around naked when it gets to be 500 million degrees.

They also can’t eat delicious ice cream which is a shame because I want to sit in a pool of this stuff right now.  Ok, that would be sticky and gross but you get the idea.  I don’t have an ice cream maker but wayyyyy back in April when I was house sitting in Sycamore I had access to one and I thought “Hey, why not try some ice cream?”  It took a little trial and error (meaning, I couldn’t get the bucket to freeze and then I was stupid and put ice cubes in it thinking that would cool it down faster and then the ice cubes got stuck to the sides and I had to sit there and chisel them out and the bucket slightly unfroze and then I had to re-freeze it again) but it turned out way better than I thought it would. 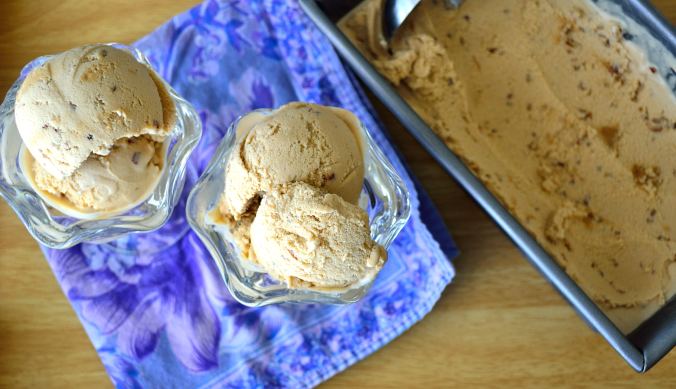 Now, don’t start to get all depressed if you don’t have an ice cream maker because you can still make this ice cream.  It will just take a few extra steps and it won’t be AS creamy as the machine version, but with this heat, who cares?  As long as it’s cold it’s all good.

For the toffee (you will need a thermometer for this part if you have a candy thermometer, great if not I got by using a meat thermometer): 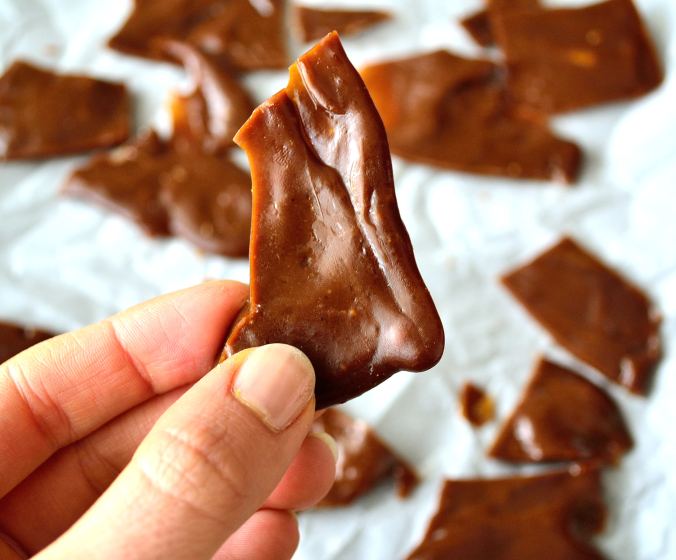 For the ice cream: 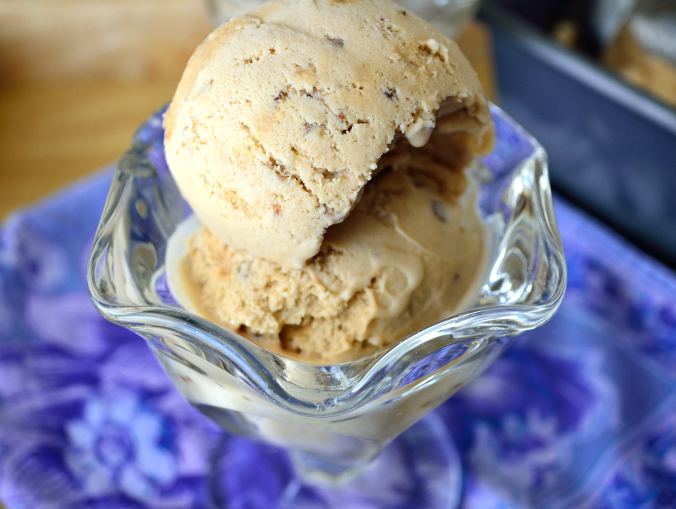 Is it a lot of steps?  Kind of.  But the end result is worth the time and effort.  Especially on a hot, corn-sweaty day!