Two things I am all about: Using my slow cooker and trying other culture’s cuisine.  I’m checking both of those off with this recipe. 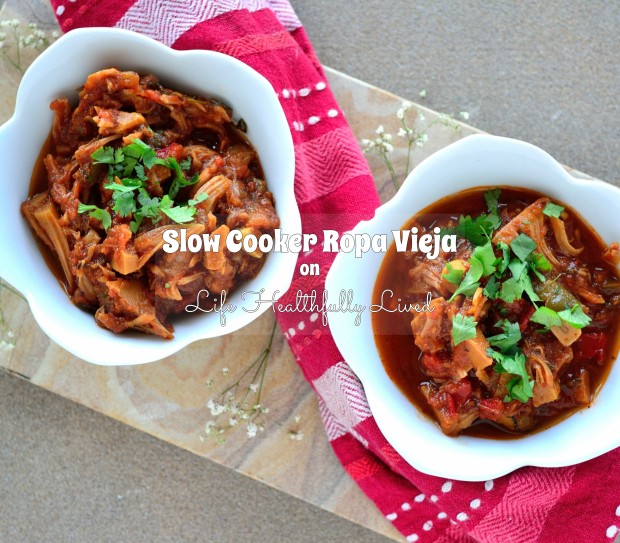 I can’t remember the first time I came across ropa vieja, but when I saw it I knew I wanted to give it a try.  Now, I don’t eat beef but that is what this Cuban stew is typically made with.  I’ve included instructions for the meat version but if you want to give a vegetarian version a go, then stick with the original recipe.

If you’re Ron Burgundy and don’t speak Spanish, ropa vieja means “old clothes” in Spanish.  Ropa vieja is also the national dish of Cuba.  It’s a stew with meat and vegetables like bell peppers and the finished product kind of looks like a pile of old cloth.  Hence the name.  Clever people those Cubans.

Also, fantastic cooks because this stew is really good.  Typically the stew is simmered over a few hours on the stove, but I decided to let my slow cooker do the work because then I wouldn’t have to turn on my stove.  Plus, it makes the whole house smell delicious while it simmers away.  Always a bonus of cooking things low and slow.

Ok, enough chit chat let’s get to some ropa vieja! 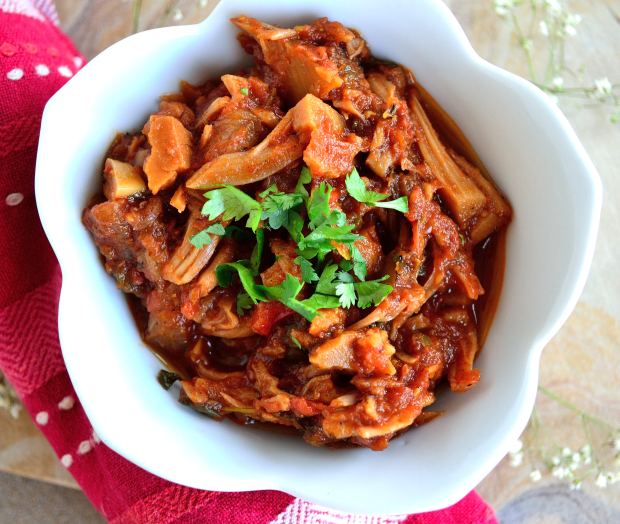