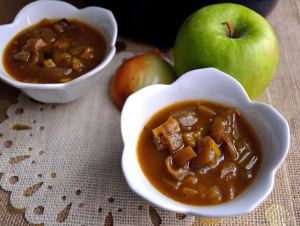 you heard the term, “soup weather”?  Not to be confused with soup-y weather, soup weather is what happens when the temperatures start to cool down, maybe it gets a little rainy and windy, perhaps it’s gray and gloomy outside.  Soup weather is the kind of weather that makes you just want to sit inside, wrap yourself in a blanket, and eat some soup. 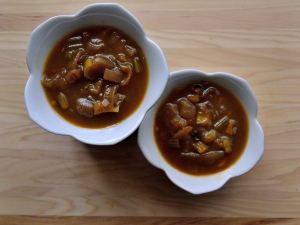 Soup weather is just another reason that I love fall.  Soup is one of my favorite things to make because it is so easy, but there are so many different flavors, combinations, and even techniques that can make soup feel gourmet or rustic.  I could make soup every night, and because there is such variety, I wouldn’t get bored.

While I have my favorite stand by’s (like this chickpea dumpling or slow cooker minestrone), I like to try a few new recipes each year.  One soup that I have never had is French Onion soup.  When I was younger, I didn’t like onions so anything with onion right in the title was out.  By the time that I started to really love onions, French Onion soup really wasn’t on my radar.  Then I discovered caramelized onions and I decided it was time to try my own spin on French Onion soup. 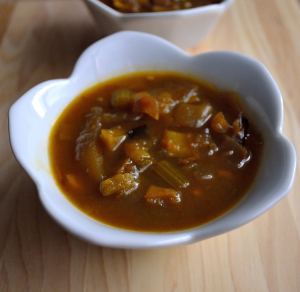 Traditionally French Onion soup has a thick layer of cheese on top that you break through and eat along with the onion soup.  This soup is not going to have any cheese, but that doesn’t make it any less delicious.  I decided to keep it fairly simple but added in roasted apples for a little sweet taste of fall.   Overall, I was thrilled with the flavor.  A little sweet and a little savory.

You can save a little time with this recipe by caramelizing the onions in your slow cooker the day before.  If you do that, this soup comes together really fast and that means you can spend more time snuggling in your blanket and enjoying soup weather! 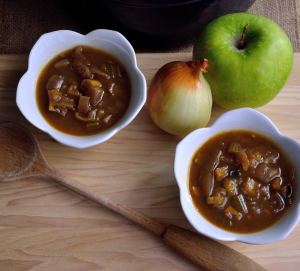 Simple ingredients turned into something that tastes fancy and awesome.  That’s my kind of meal! 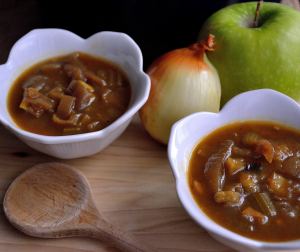