After messing these up the first three times, I almost gave up.  But I’m not a quitter so I gave it one more shot and came up with these little treats.  And shockingly, they really do taste like little bites of pumpkin pie.

Or at least I think so.  Just tell me they do so I don’t feel bad about throwing away like 50 inedible bites. 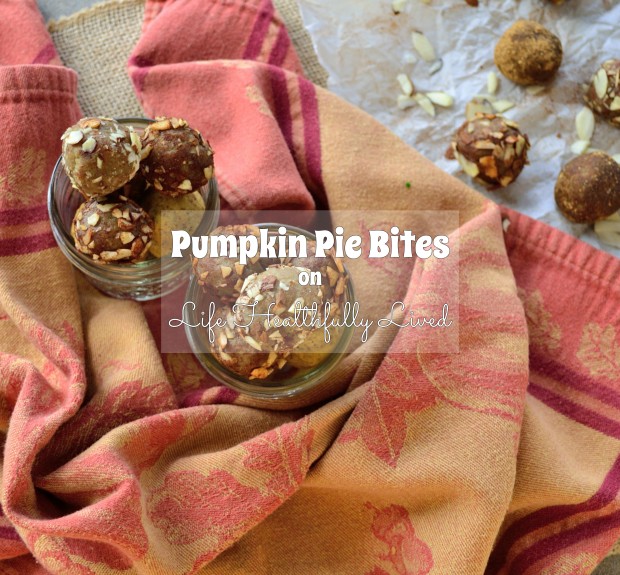 My main problem was I kept making cashew butter and then trying to mix it with melted cacao butter.  That just created an oily mess.  Like even the Vitamix couldn’t get these things to blend together.  I remember on my third batch just trying to squish everything together with my hands.

Yeah, Katie, the very expensive, high-powered blender couldn’t combine these things but your bare hands willing them to combine will do the trick. 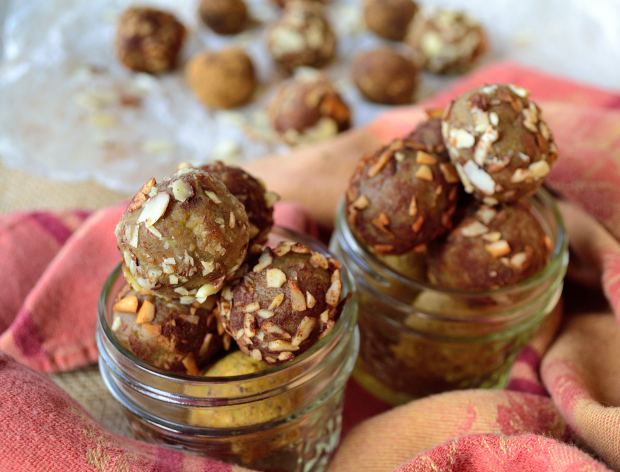 Finally, as a last-ditch effort, I just threw everything in the blender and hoped for the best but expected the worst.  And wouldn’t you know, that was the trick all along.  So what was the point of this story?  I did all the messy hard work so you could have little bites of pumpkin pie at your fingertips whenever you want.

Before you make these, here’s a pro-tip:  Double the batch and freeze half.  You’ll thank me later.