I don’t think I fully appreciated fudgesicles when I was a kid.  I was more interested in push pops (Flinstone ones, obviously) or root beer flavored popsicles or those rocket pop things.  Or if we were really lucky, mom would come home with drumsticks.  Mmmmm, drumsticks.

What was I talking about?  Right, fudgesicles.

I don’t know why but fudgesicles seemed so boring compared to all the other frozen treats out there to young Katie.  I have no clue why.  I mean cool, creamy, chocolate?  What more could you want Katie?  Ok, Snickers Ice Cream Bar.  High school Katie went to town on those.

I keep getting sidetracked reminiscing about the delicious frozen confectionaries of my youth.  But I don’t have to reminisce about fudgesicles any longer because I have these Mexican Hot Chocolate Fudgesicles.  They taste just as chocolatey and creamy as the fudgesicles of my childhood but updated with a little kick of cayenne.  Before you think I’m crazy for adding cayenne to something sweet, try it.  I promise it isn’t unbearably spicy because I am not a fan of unbearably spicy, unlike some people I know (cough…Adam…cough).  The tiny bit of heat just adds to the sweetness. 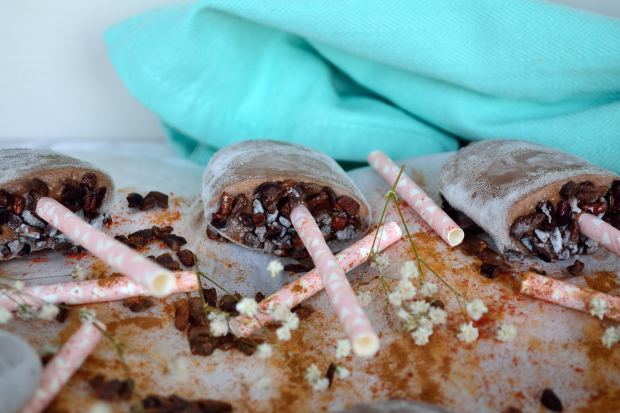 Just trust me.  It works.

One more thing before you run off to make these fudgesicles.  It NEVER fails.  Whenever I come up with a good idea for something frozen I take pictures of it on the most sweltering day of summer.  Hence the melting fudgesicles in my pictures.  Pretend it’s intentional and artistic, representing the fleetingness of childhood innocence.

Not poor planning on my part 🙂

**Note** If you don’t have popsicle molds you can just use Dixie cups or even an ice cube tray. 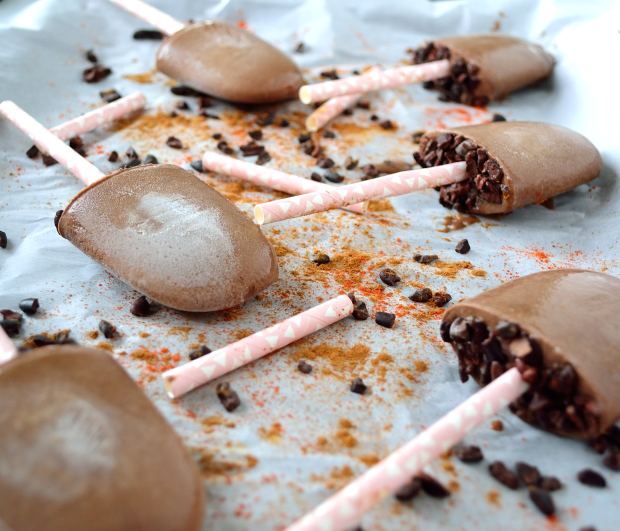