In case you have been living under a rock, the 2016 Olympics have started.  I know some people could care less about the games but I actually really love the Olympics.  I was about 9 years old when I really started to get into the Olympics. 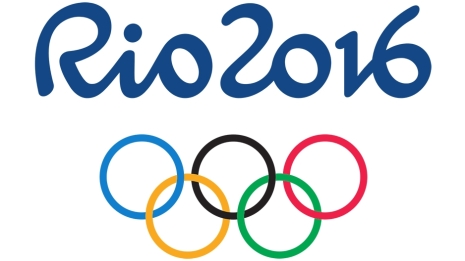 When I was a kid, during the summers we weren’t allowed to watch TV.  My mom thought there were way more productive things to do with our time (she was right) and would tell us to go outside, or read, or use our brains in some way.  TV was not an option.  During the 1996 Olympics in Atlanta, there was a major heatwave and the other thing we didn’t have in the summer along with TV was central air conditioning.  So my parents got a window AC unit and we shut ourselves into our living room and watched the games in order to beat the heat.  I was enthralled with all these athletes doing amazing things and ever since then I have watched most if not all of the Olympic events that are aired.

So I thought I would give you a few pointers on what you should and shouldn’t do as you watch the games.  Because while I might not be an Olympian, I know how to watch ’em.

DO let the games motivate you.  These athletes might seem superhuman, but a lot of them are just average joes who have put in a lot of hard work to be the best of the best.  Let their awesomeness rub off on you!

DON’T think you can immediately go out and do what they do.  That hard work?  There is A LOT of it.  We only see the results of that hard work when we watch the Olympics not the years/months/weeks/hours of work they put in.  You’re not gonna go out and swim 400 meters in 2 minutes or be able to even get up over a pommel horse.

DO get excited when the USA wins.  It’s awesome to see your country win and the USA is a strong contender in most of the events.  It’s fun to get caught up in the rush of a close race or a daring feat.

DON’T be a sore loser or cocky winner.  No one likes that guy and you stink.

DON’T feel guilty about watching the Olympics on your couch while eating food.  This is literally how I watch most of the events.  Hey, I’m not the one competing!

DO at least try to eat good for you food as you’re sitting on your couch.  Instead of the entire pizza, maybe just eat half.  It’s all about balance people.

DO be proud of everyone who is competing.  Yes, we want our team to do the best but the Olympics is all about people all over the world coming together.  And goodness knows we need unity more than separation right now.

Of course, watch the games however you want but DO watch them.  They’re fun, exciting, and a great way to wrap up the end of summer!

I'm 26 and live in Chicago. I'm passionate about my health and want to inspire you to find your best health. Want to learn more? Click here to read more about my own journey.
Follow Life Healthfully Lived on WordPress.com
Join 370 other followers