From now on I’ll be going by Katie “Ina Garten” Dawson. Because clearly, this recipe proves I’m fancy enough for that now. 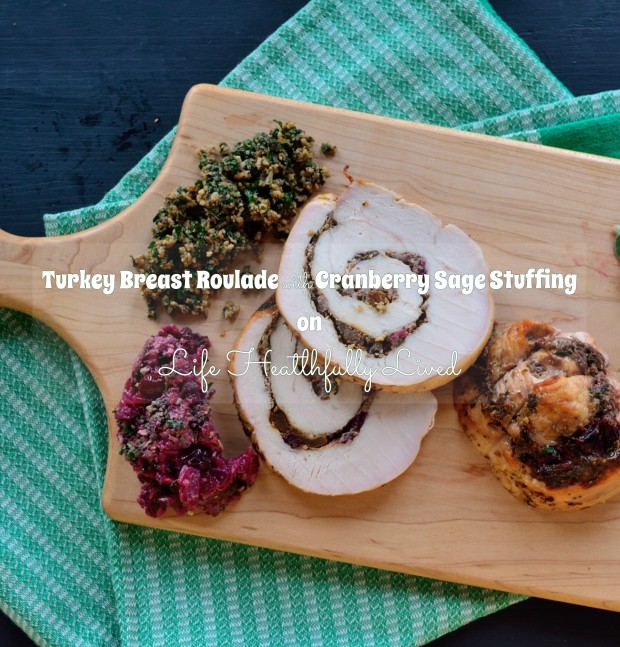 When Adam and I were on our anniversary trip in the Smoky Mountains, we spent a decent amount of time in the evenings watching Food Network.  We don’t have regular cable at home, so it’s always a treat to watch it while we’re away.  And before you get all huffy and say that we shouldn’t watch TV while on our vacation and that’s not romantic and blah blah blah… If you don’t think watching food being made isn’t romantic to me, then you don’t know me.

ANYWAYS, all the food shows were highlighting their Thanksgiving specials since it was right around the corner at the time.  One cook (Valerie Bertinelli, I think) was making a Friendsgiving feast that featured a turkey roulade.  I was immediately intrigued.  I, of course, had seen roulades (fancy way of saying rolled meat) but I had never attempted to make one.  It had to be complicated, right?

Valerie Bertinelli made it look super simple and I knew that I wanted to give it a go.  So I decided I would make a little holiday feast for Adam and I and then invite my sister and brother-in-law over.  That way I would have plenty of little guinea pigs to try out my first roulade and I could eat even more turkey.  Win-win.

And then I got sick.  The weekend I was to make my turkey feast. Stupid body.

So, the holiday roulade feast was canceled and the turkey breast I bought sat in my freezer until this weekend.  I decided to give the roulade a shot because even though Thanksgiving is over, maybe you need Christmas dinner ideas.  I know ham is king of the Christmas table, but maybe you don’t like ham or want more turkey in your life.  Make this roulade and feel fancy AF.

I promise you it isn’t hard.  It might feel awkward to pound and roll and tie up meat, but it isn’t hard.  And the cranberry sage stuffing?  Delicious.  If you can’t find turkey breast (which shouldn’t be too hard this time of year) or don’t like turkey (I won’t judge… much) you can also make this with chicken breast.  They will be smaller and you will probably have to make more than just one, but the process is still the same.

Ok, let’s get to rolling some meat! 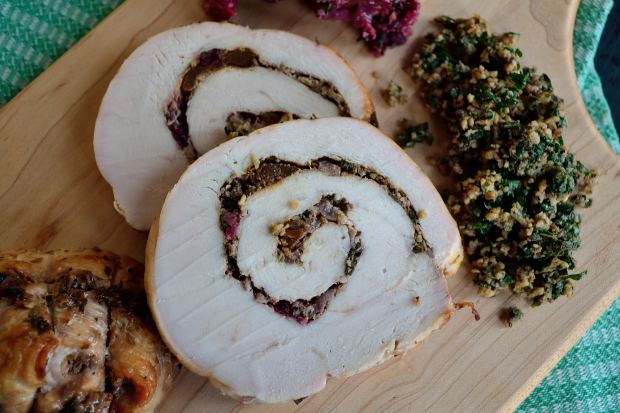 For the Cranberry Sage Stuffing 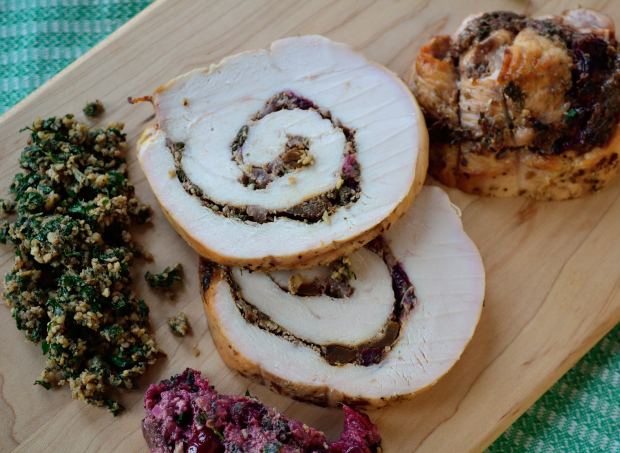