But I didn’t want to leave you with nothing this fine Friday so I thought I would highlight some of my favorite spring vegetables that are starting to make their way to the produce section.  First, can we just talk about the weather?

In the span of about oh… an hour and a half, there has been rain, snow, rain/snow (or wintry mix if you like that better) and full on sun.  Now don’t get me wrong, I understand it’s spring in Chicago so I fully expect bi-polar weather but this is getting a little ridiculous.  I would like to wear my cute spring clothes now.  I would like to put my boots away for good.  I would like to not need five different coats for the weather in ONE DAY.

I mean, come on!  I married a meteorologist!  Shouldn’t he be able to fix this stuff?  But noooooo.  He gets all technical and scientific and tells me, “That’s not how this works Katie.”  Whatever.  I think he’s just being lazy.  With all his fancy degrees he should be able to make spring weather be better.  Especially for his loving and adoring wife who cooks him delicious meals and tries to make dessert for him most nights… I’m just sayin’

Ok, weather rant over on to my favorite veggies!

I know that most produce is available year-round so we’ve kind of lost the touch for eating seasonally.  But just because something is available year-round doesn’t mean we should eat it year-round.  Fruit and vegetables just taste so much better when they’re in season and they’re also cheaper.  Cheap tasty food is always going to be better than expensive bland food in my book. 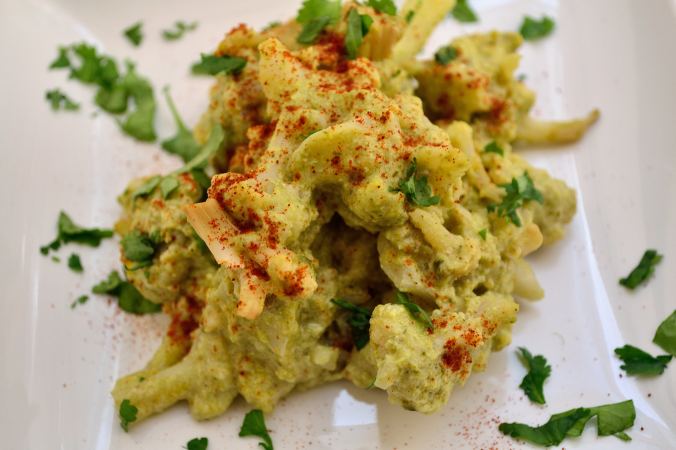 If you haven’t noticed lately, I’ve been kind of having a thing with cauliflower.  I turn it into rice, stuff taquitos with it, make mac n’ cheese with it, roast it, turn it into a creamy sauce…. It’s like a magic vegetable that can be anything and do anything.  It’s in peak season now, so pick up a few heads and make whatever you want.  Seriously.

These are technically in season from fall to the beginning of spring but during the winter months, they can be kind of puny and woody tasting.  I like spring parsnips cause they’re sweet and they taste amazing roasted.  You can also puree them and make a delicious mash or soup.  If you like carrots you’ll probably love parsnips. 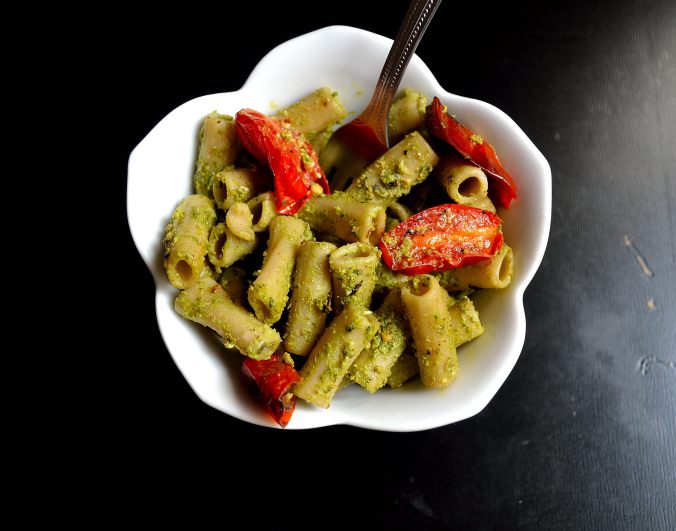 Give me green things!!! After winter, I’m always grabbing the greenest fresh produce I can.  Spinach (the ones in bunches that are covered with dirt, not in the plastic bags) start hitting the shelves and I can’t help but always grab a bunch.  I eat them raw in salads or wilt them a bit for soup or turn them into pesto or make lasagna with them.  No matter how you prepare them, a little salt, pepper, and lemon juice go a long way. 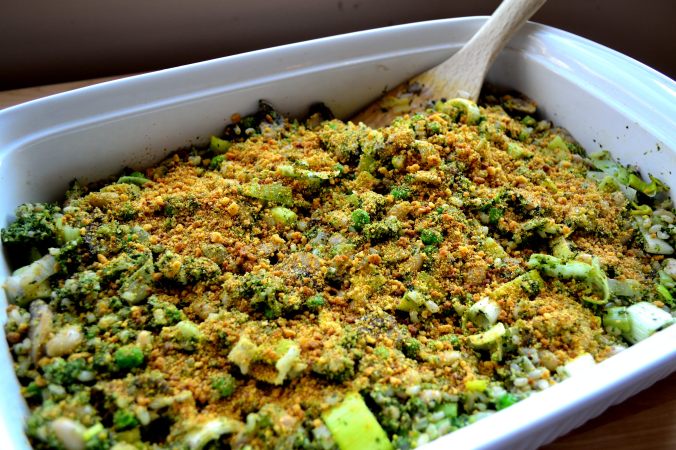 While I might not take a big bite out of a raw leek or onion, they enhance pretty much the flavor of anything you make.  Leeks are great in soup or stews and onions go in everything.  The spring varieties are a little sweeter and they are great caramelized.

Yes, your pee might smell funny but it’s worth it when you have roasted asparagus with a lemony cream sauce and pasta.  Even just roasted asparagus on its own is delicious.  And if you’re a meat-eater, my mom wraps two or three asparagus stalks with some prosciutto and roasts it and everyone goes nuts for it.

Ok, so I have never tried watercress (that I know of) but it is like one of the top healthiest foods out there and it starts showing up in the spring.  I haven’t seen it on the shelves just yet, but I’m going to try some when I do find it.  It’s always good to try new fruits or vegetables that way you never get bored of your food!

So those are some of my top picks for spring plus one newbie that I want to try.  What are some of your favorite spring vegetables?

I hope you have an awesome weekend and that the weather by you isn’t as crazy as it is here!

I'm 26 and live in Chicago. I'm passionate about my health and want to inspire you to find your best health. Want to learn more? Click here to read more about my own journey.
Follow Life Healthfully Lived on WordPress.com